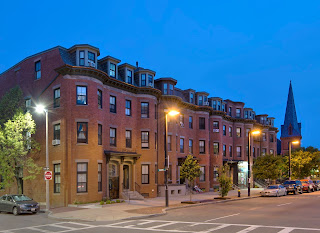 Home to 146 families, the Historic South End Apartments consist of 32 buildings in the South End neighborhood of Boston. They make up the largest intact Victorian residential neighborhood in the country, having been founded in the 1850s. The Community Builders acquired property from Ebenezer Baptist Church in 2013 and provided extensive rehabilitation to what became the Historic South End development.
Prior to receiving the award, all apartments received heating and window upgrades while others were given kitchen and appliance upgrades, new doors and other LIHTC-financed renovations. The historic character of the building was kept intact through the year-long revitalization through its outer detailing and facades.
“TCB is honored to be recognized by the Edson Awards,” Bev Bates, The Community Builders’ Senior Vice President of Development, said in a press release. “We’re committed to creating dynamic communities and preserving and developing high-quality housing for people of all incomes.”
Headquartered in Boston, The Community Builders is one the nation’s leading nonprofit real estate developers and owners. NHC congratulates them on this prestigious honor!