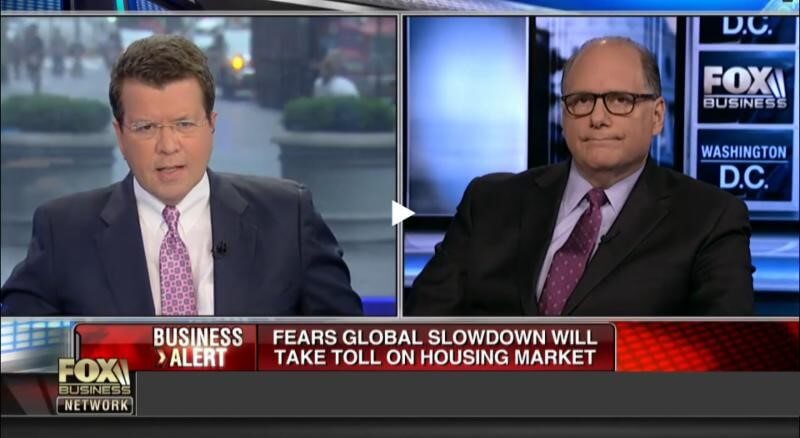 This week, NHC had the opportunity to discuss housing affordability with Neil Cavuto on his show Cavuto: Coast to Coast. Earlier in the day, Cavuto reported a growing withdrawal from housing investments by Chinese and other foreign investors and recent dips in housing prices in cities like London, New York and San Francisco. Could weakening foreign investment and falling prices lead to another collapse in housing prices, particularly given the failure of homebuyers to be more responsive to lower interest rates? The short answer is no. In fact, in the area of single-family investment by foreign investors, less is more, especially first-time homebuyers. Here’s why.

In the multifamily market, global investors have been channeling tens of billions of dollars into U.S. commercial and multifamily properties in top tier markets like New York city, San Francisco, Los Angeles and Washington, D.C. But they play a much smaller role in most of the rest of the country. If Chinese investors are less active buying trophy properties in top tier markets, it could have an impact down the road if overall demand were to weaken, but it’s not now and it certainly isn’t in the affordable rental market.

On existing and new single family home sales, there’s more of an elastic impact between interest rates and home prices in the current market this late in a low interest rate cycle. It doesn’t take much of a rise in home prices to wipe out the value of a 25 basis point reduction in interest rates. And interest rates are only part of the equation. We simply aren’t building enough affordable housing. As long as that is the case; prices will continue to rise, fewer Americans will be able to afford homeownership; and we will have more renters, which drives up rents. It’s a simple case of the law of supply and demand.

In the broader single-family market, the presence of institutional and foreign investors has been a problem for years, and their exit is long overdue. First-time homebuyers and move-up buyers can’t compete with the cash offers that are routinely made by investors. Their presence drives up prices and cuts back on supply as homes that were owner-occupied are converted to rental properties. Because production of affordable single-family homes has never fully recovered from the crash, prices have continued to rise while mortgage credit has remained tight. The result is that consumers find renting easier than buying in the single family starter market.

This has hurt all first-time homebuyers, but especially African Americans, who have seen their homeownership rate plummet, even as other minority groups like Hispanic and Asian American homeownership rates have seen some recovery since the Great Recession. Today, the Black homeownership rate is lower than it was during segregation, which is a national shame. This is due to a variety of factors that NHC Policy Director Tristan Bréaux discussed in his April 16 blog. This year, NHC created a Black Homeownership Working Group to address the growing homeownership gap between African Americans and every other demographic group. Our aim is to develop and execute tangible, actionable, and impactful strategies to close the gap. We have identified several strategies to address the crisis and contribute to closing the gap, including:

This will be the subject of our trip to Detroit this week for the NAACP National Convention and our meeting of the NHC’s Black Homeownership Working Group when we get back. We hope to see some of you at either or both events as we work together to solve America’s growing housing shortage.