The history of redlining 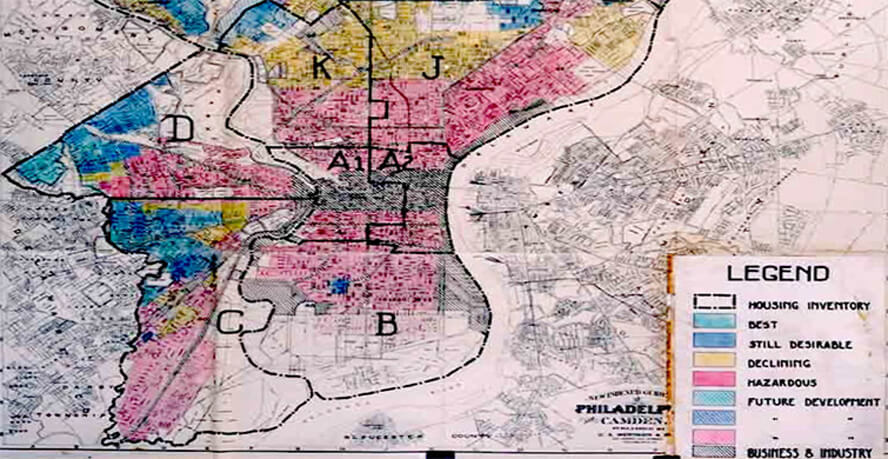 April is Fair Housing Month, so there is no better time to discuss the pernicious practice of redlining, which segregated neighborhoods by their racial composition. Maps were literally colored blue to represent 100 percent white residency and red to indicate “hazardous” levels of risk due to the presence of black residents. The history of redlining is best demonstrated in a map prepared by the United States Home Owner Loan Corporation (HOLC), one of the Roosevelt administration’s most successful programs designed to refinance Americans into sustainable mortgages. Millions of white Americans took advantage of the program and most saved their homes from foreclosure as a result. Black Americans who needed the program lost their homes, along with those white homeowners who lived in integrated neighborhoods.

To avoid being labeled a “declining” neighborhood, one neighborhood in Detroit, just three miles from where I grew up, built an actual wall to separate black and white residents. It’s easy for some to dismiss these stories as ancient history, but just last week HUD filed charges against Facebook alleging that the internet advertising platform “unlawfully discriminates based on race, color, national origin, religion, familial status, sex, and disability by restricting who can view housing-related ads on Facebook’s platforms and across the internet.” HUD has charged that Facebook uses its enormous database of user data to control who sees housing-related ads in their Facebook “feed.” Facebook offered advertisers the ability to choose or exclude attributes like “foreigners,” “Puerto Rico Islanders,” or people interested in “accessibility,” “Hijab Fashion,” or “Hispanic Culture.”

That’s not all. Facebook also offers advertisers the ability to target customers using a tool called “Lookalike Audiences.” Even more shocking, Facebook refused to support advertising to diverse audiences, much like the HOLC of the 1930’s refused to help white homeowners who lived in integrated neighborhoods. “Even if an advertiser tries to target an audience that broadly spans protected class groups, [Facebook’s] ad delivery system will not show the ad to a diverse audience if the system considers users with particular characteristics most likely to engage with the ad,” according to HUD. You can read HUD’s complete charges against Facebook here.

As we discussed in last week’s note, black homeowners suffered more than any other racial group during the housing crisis. While the foreclosure crisis hit black homeowners hardest, it was not because they became homeowners using irresponsible mortgages as the bubble inflated. The fact is that the largest increase in black homeownership occurred between 1994 and 2001, when lenders across the country, encouraged by government sponsored investors Fannie Mae and Freddie Mac, sought out African-American first-time home buyers in record numbers. These were overwhelming responsible, well-documented, long-term fixed rate loans that performed well. As housing values rose, the equity wealth these loans created became a tempting target for cash-out refinancing. Existing black homeowners were targeted for equity-stripping loans that appeared to cost little but were both expensive and risky. We are just beginning to fully understand the impact this will have on an entire generation of mortgage-ready African-American renters deciding whether or not to become homeowners.

Once we understand the cause, we can address even harder issues like how we prevent it in the future, and how we convince the many currently mortgage ready black renters to trust the system again. To join us in this important work, please contact Tristan Bréaux to sign up for the Black Homeownership Working Group. I also hope you’ll join me at Solutions for Housing Communications for a panel discussion with Antoine Thompson of the National Association of Real Estate Brokers, Cat Goughnour of Prosperity Now and Lisa Rice with the National Fair Housing Alliance on communicating about the black homeownership decline in America.