The Secretary Speaks: What’s Happen’s Next 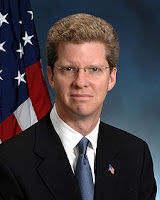 U.S. Secretary for Housing and Urban Development (HUD) Shaun Donovan wrote a piece that ran in the Huffington Post on October 17, 2010, which addressed the halting of foreclosures and what the Obama Administration is doing and plans to do.

1) The Financial Fraud Enforcement Task Force has made this issue priority number one. Bringing together more than 20 federal agencies, 94 US Attorney’s Offices and dozens of state and local partners to form the broadest coalition of law enforcement, investigatory and regulatory agencies ever assembled to combat fraud, the Task Force is examining this issue and the Attorney General has said publicly that if it finds any wrongdoing the members of the task force will take the appropriate action.

3) The Office of the Comptroller of the Currency has directed seven of the nation’s largest servicers to review their foreclosure processes, fix the processing problems and determine whether there is specific harm that has been caused in individual cases.

Finally, the Secretary made his recommendations as to what the banks should do.

“Banks need to provide more help, more people, more resources to those families facing a crisis long before they ever get to a foreclosure — so more families can keep their homes. And where foreclosure is not avoidable, having been processed legally and appropriately, banks should help families transition to sustainable housing situations with dignity.”