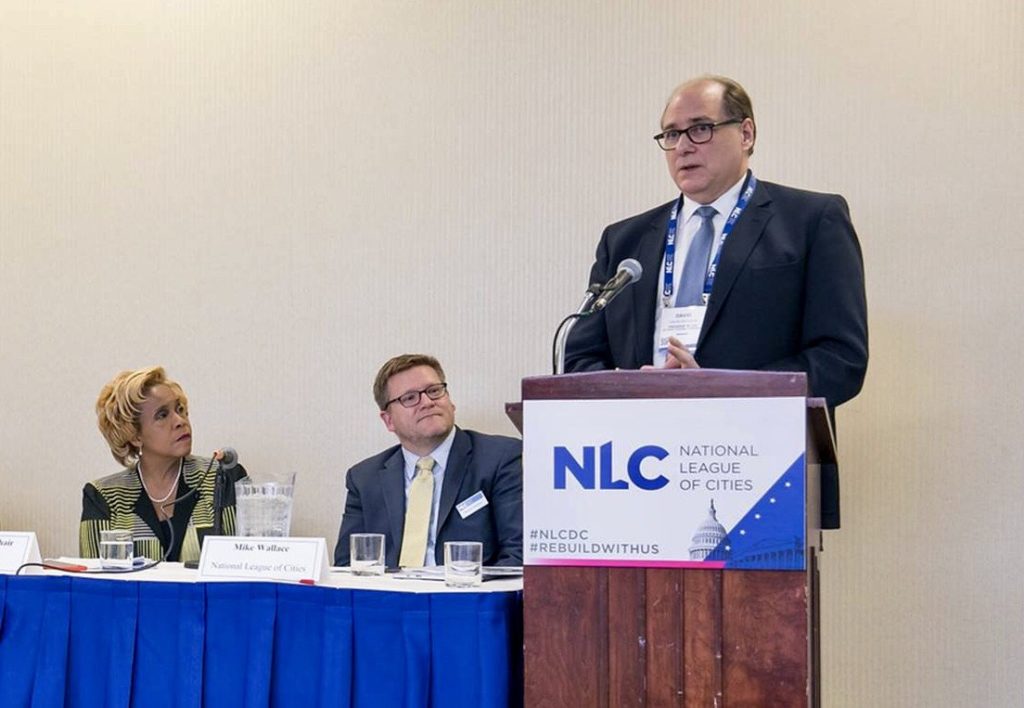 This past weekend, I had the pleasure of addressing the National League of Cities Community and Economic Development Federal Advocacy Committee at the NLC’s annual Congressional City Conference. NLC’s Executive Director, Clarence Anthony, is an old friend and colleague who is a committed, effective advocate for affordable housing and community development and I’m thrilled that we will have the opportunity to work together in the coming year on issues that are critical to both of our organizations.

The topic of my talk was the Community Reinvestment Act of 1977, which is the subject of a major review by the Treasury Department. You can read more about the Treasury review in my remarks here. Treasury’s report is expected any day, and when it is released, NHC will hold a detailed briefing on the report exclusively for our members (so don’t forget to renew your membership as soon as possible!).

CRA was enacted in response to concerns over disinvestment in low-income communities and persistent allegations of redlining, the practice of avoiding investment in minority neighborhoods. As Americans continued to leave cities for new suburban “bedroom” communities there was a growing disparity between where banks raised their deposits and where they invested, particularly in housing and mortgage finance. While laws like the Fair Housing Act of 1968 prohibited discrimination, Congress sought to incent banks to invest in the communities where their branches were located. A high CRA rating was intended to provide that incentive. The first release of data under the Home Mortgage Disclosure Act in 1977 made clear that more tools were needed to address the disparities in lending to low- and moderate-income communities.

Over 40 years later, the landscape of banking and investment in the United States has changed in major ways, but the CRA has remained essentially unchanged. Interstate banking, mortgage securitization, internet and mobile banking and the resurgence of America’s cities are just a few of the major changes we have seen in the past four decades.

To understand why the Community Reinvestment Act remains so important, one need only look at the numbers of minority homeowners in the 50 years since the passage of the Fair Housing Act. Overall, minority homeownership plummeted during the Great Recession, falling from 52 percent in 2004 to 46 percent in 2016. The homeownership rate for African-Americans is lower today than it was when the Fair Housing Act was passed in 1968. That is a national tragedy.

Treasury’s report, and ultimately, the actions of the independent regulators that enforce CRA– the FDIC, OCC and Federal Reserve Board—will have to address how CRA investments are measured in a way that doesn’t dilute the original intent of the law, while addressing changes in the banking industry over the past 40 years.

Most banks have long ago learned to appreciate the value of CRA; though they are often frustrated by how it is applied. We want CRA compliance to be fair, timely and accurate, and so do they. I am optimistic that this process will result in a strengthening of the effectiveness of CRA through sensible improvements.