NHC Habitat on the Hill speech 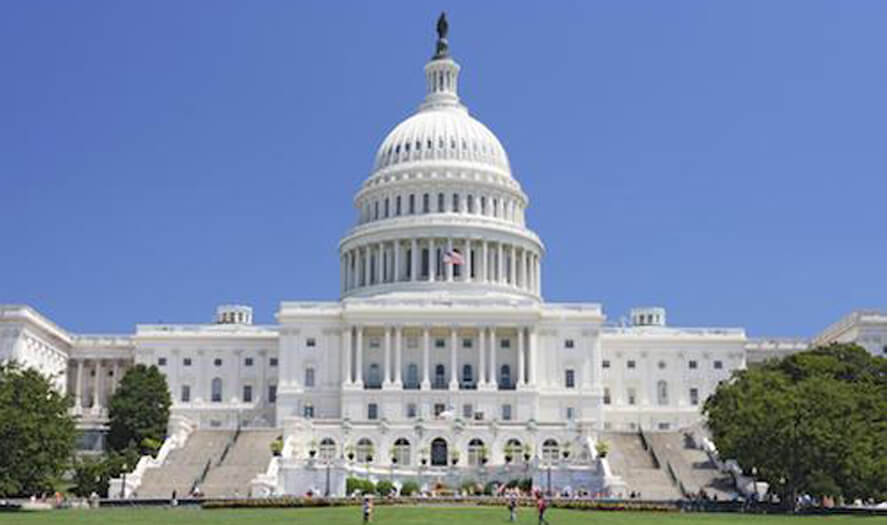 Remarks of David M. Dworkin, president and CEO of the National Housing Conference as delivered to Habitat on the Hill in Washington, D.C. 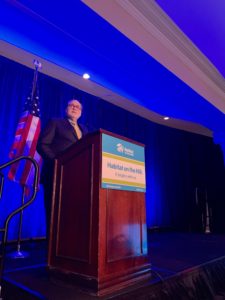 Thank you, Steve. I am so honored to be here at Habitat on the Hill. Habitat for Humanity is a national treasure that has done more than help 13 million people in 1,400 communities in 70 countries. It has also provided the opportunity for countless millions to participate in the effort of building a home for a neighbor in need – one of the most powerful acts of love and service we can do for each other and that may be one of Habitat’s greatest contributions. Everyone who has ever helped build a Habitat home knows what I mean.

Before I go any further, I want to take a moment to remember one of the great American leaders of the 20th Century, former House Energy and Commerce Committee Chairman John Dingell, Jr., who passed away last week and will be buried at Arlington National Cemetery tomorrow. NHC shares our sincere condolences with Congresswoman Debbie Dingell and the entire Dingell family. Mr. D, as many of us knew him, was the last of the Old Bulls of the House of Representatives who led the Energy and Commerce Committee for a generation. Wise and witty in private, he was a force to be reckoned with anytime he had a gavel in his hand. His leadership style was brutally effective. Under his direction, Congress created landmark legislation on nearly every major domestic policy issue including the passage of Medicaid, Medicare, the Endangered Species Act and the Clean Air Act. As the Chairman used to say, “if it moves, it’s energy, if it doesn’t, it’s commerce.”

Perhaps none in Congress knew him as well as his Republican counterpart, Fred Upton who also served as Chairman and Ranking Minority Member of the Energy and Commerce Committee. “John was enormous in stature, integrity, and accomplishments,” Congressman Upton said. “When he put his hand on your shoulder and spoke, you listened. With John, you always knew where you stood. If you disagreed, you better have a damn good reason why. Simply reverting to rhetoric or the party line would not fly because he knew the issues ‘inside and out’ and always did his homework. John would outthink, outwork, and outfox nearly everyone.”

His memory will be a blessing to all who knew and loved him, but his legacy will continue to impact the lives of millions more he never met but faithfully served.

Today, we are in the midst of a significant and growing housing crisis in both rental and homeownership markets.

New home sales have been extremely disappointing and a sign that high price points are having a clear impact. When you add the fact that existing home sales adjusted for population growth are ten times worse than the already weak numbers in that category, it’s clear that the housing recovery has hit a wall. In fact, the cost of building a desperately needed Habitat home in the Bay Area is $400,000! While that’s a record, I know all of you have been struggling with the cost of building affordable housing.

Why? We lost a lot of homebuilders during the Great Recession who specialized in affordable housing production and because of local and federal regulatory barriers increasing fixed costs, there’s been a premium on building more expensive homes. Other factors include a lack of adequate equity to justify a move up. Home prices have recovered enough for most people not to be under water, but not enough to make moving up to a new house economically viable. All of these factors conspire to make housing more expensive for everyone.

Homeownership rates remain low, especially for millennials, who while they were late to homebuying, lead all other generations in a desire to be homeowners. Yet, despite the best job market in history for their age group, one in six millennials live with their parents.

Most disturbing of all, the African-American homeownership rate is no higher today than it was fifty years ago when the Fair Housing Act was passed. Rents are unaffordable for half of all Americans. Evictions continue to plague low-income families and homelessness is on the rise for the first time in many years. In fact, homelessness in New York City has reached the highest levels since the Great Depression. Each night in NYC municipal shelter system, there are 15,421 homeless families with 22,907 homeless children, 63,000 people in all. The numbers are just as horrific in Los Angeles, San Francisco and Seattle, as well as too many other cities across the country.

The bottom line is that we are still paying for the housing, ten years later, and the lack of a coherent national and the lack of a coherent national housing policy guarantees that we will continue to pay for it until we get our act together. We are long overdue for a bipartisan, broad-based national housing policy. Closing the minority homeownership gap and ending homelessness are essential objectives. We also need to build millions of units of housing that are affordable to people at nearly every income level. Rents today are unaffordable for half of all Americans, and we lose over 100,000 affordable housing units each year as rents continue to rise, and aside from Habitat’s critical work —affordable housing is the exception, not the rule. We can and must do better.

This is why the National Housing Conference will be working with our members throughout this year to create a new National Housing Act for the United States, which we believe is needed to modernize and expand the policy and funding tools currently available to build affordable housing for the 21st century.

Finally, I will leave you with an urgent request that has a direct impact on the work that you do. This month, the Trump Administration will be deciding the fate of the Capital Magnet Fund and the national Housing Trust Fund. NHC has already contacted Joseph Otting, who is the Comptroller of the Currency and is also acting director of the Federal Housing Finance Agency to urge him to support this year’s allocation. These Funds are effective tools in creating affordable housing supply and are funded by a de minimis fee on new business, and not through federal appropriations. They have broad bipartisan support and failure to continue to fund them will result in an even greater need for government spending to address the shortage of affordable housing in the future.

Fannie Mae and Freddie Mac have been accruing Capital Magnet Fund (CMF) and Housing Trust Fund (HTF) dollars on a quarterly basis during 2018 and any suspension of the distribution will result in the dollars being “swept” by the U.S. Department of the Treasury where it will never be spent for housing – or anything other than making a miniscule interest payment on the US debt. Fannie and Freddie were profitable in fiscal year 2018 and gave back billions to the Treasury. Leaving the CMF and HTF dollars to be allocated as intended by Congress will have no impact on their financial condition. Furthermore, the fees imposed on Fannie and Freddie are designed to ensure that they make a contribution to segments of the market that are underserved since they often struggle to reach these communities through their normal business.

The Capital Magnet Fund was created in the Housing and Economic Recovery Act of 2008. It’s a competitive program administered by the Treasury Department and is open to community development financial institutions and non-profit housing organizations like Habitat to develop, preserve, rehabilitate, or purchase affordable housing, as well as related economic development activities such as day care centers, community health clinics and workforce development centers.

The Capital Magnet Fund provides funding that non-profit developers and lenders often cannot find elsewhere—funding to do pre-development work, create revolving loan funds, establish loan loss reserves, and provide loan guarantees—all critical pieces of affordable housing and community development. In all, three rounds of funding have gone out for a total of $291 million, which has or will help to attract over $8 billion in other capital into these projects. CMF awards are supporting the creation of over 41,000 rental units and over 6,000 single-family homes in 47 states, the District of Columbia, and Puerto Rico. In every award round, more than twenty percent of recipients are investing the majority of their funds in rural areas.

So, when you are on the Hill, please ask your Member of Congress to contact Comptroller Otting at FHFA and urge him to support the Capital Magnet Fund. I have to admit, I am not unbiased on this subject. I actually set up the Capital Magnet Fund at the Treasury Department in 2010 and personally signed our first award to Habitat for Humanity.

A quick bit of advice from a Hill veteran. It’s easy to be cynical about meeting with Members of Congress but don’t be. Yes, big money opens doors on the Hill, but that’s so they can compete with constituents like you. Members of Congress care what you think, even when they don’t agree with you. And they love Habitat for Humanity and what you stand for and especially what you do. So, use your time with them well. Be succinct. Be clear. And be direct about what you want them to do. You’ll accomplish more than you think!