Is rent control the answer to solving the housing affordability crisis? 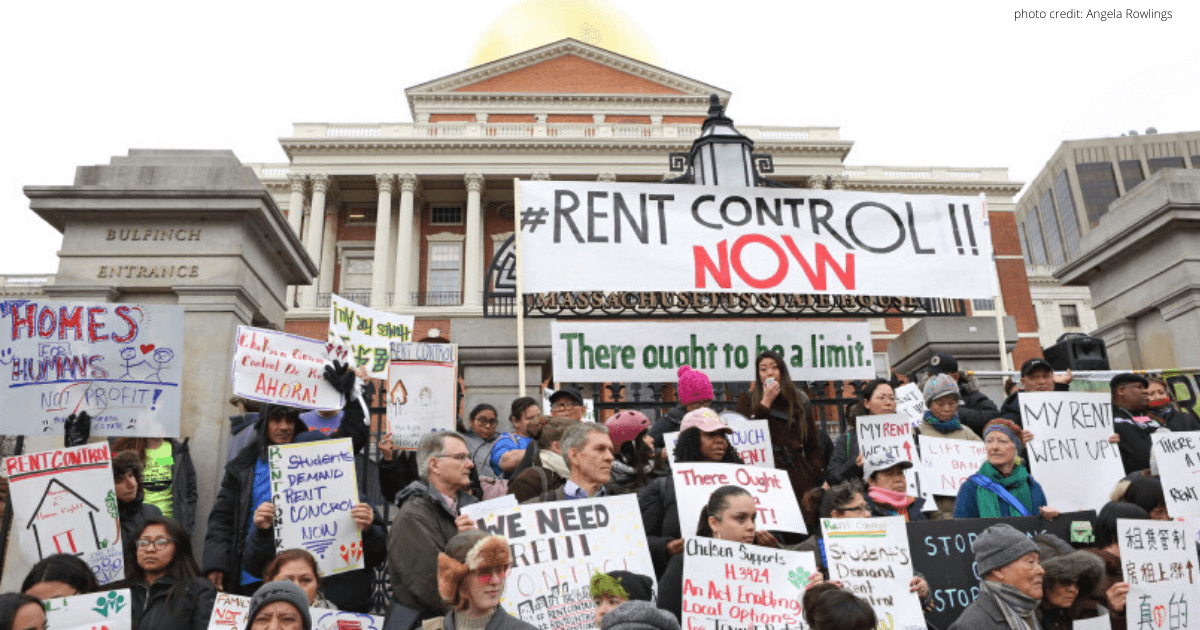 One issue dominating housing policy today is rent control. It has re-emerged as our affordable housing and homelessness crises have worsened. This week, I spoke at the Urban Land Institute’s Mid-Winter Meeting of Global Governing Trustees as the guest of NHC Board of Governors member Christopher Ptomey. NHC is working on publishing a collection of papers on rent control with ULI’s Terwilliger Center for Housing. It’s a controversial topic. However, without building more affordable housing units, the law of supply and demand will continue to drive up rents, and the laws of politics guarantee we’ll be talking about rent control for the foreseeable future.

As we show in NHC’s Paycheck to Paycheck database, few occupations in cities like Washington D.C. can afford a two or three-bedroom apartment, and many can’t afford a one-bedroom unit. But the crisis isn’t limited to high cost markets on the coasts. Of course, the poster child of unaffordability is San Francisco. There, five bank tellers can barely afford to live together in a three-bedroom apartment. At least one of them gets their own bedroom!

One solution is to live with your parents. As you can see in the chart below, over a third of younger millennials are still living with their parents – the highest rate in modern history. I love my kids more than anything, but their bedroom is an office, and I love my office too!

Inevitably, we also see a record increase in homelessness, reversing a downward trend since 2016. There is also a record number of working homeless, driving much of the growth nationally from the highest cost markets in the country. In Los Angeles, where the homeless population has surged from 41,000 in 2015 to 56,000 today, thousands of men and women climb out of their car or tent, bathe in a public restroom, and go to work every day.

So, it’s no wonder we see increased calls for rent control. These include:

Other recent proposals that have yet to be enacted, include:

Our insistence that affordable housing not be built in our back yard has left us with homeless people living in our front yard.

Rent control is a convenient answer to a question we still don’t want to respond to with more affordable housing. And while rent control laws can be passed, the law of supply and demand cannot be repealed. So, what does the research say? Well, it says a lot – a lot of different things.

The research does agree that rent control is effective in limiting displacement. But it also shows that rent control does not effectively target the poor—a significant proportion of households living in rent-controlled units are not poor.

Finally, there is research to support the idea that a more comprehensive approach may be effective, where anti-gouging measures can limit displacement when paired with measures to increase housing supply. And if that wasn’t confusing enough, each of these studies has been conducted on a different type of rent control regime.

So, what’s next? For now, it’s about raising the level of the debate.

NHC and ULI’s Terwilliger Center for Housing are seeking essays for a white paper on modern rent regulations. This paper will feature 5-7 essays from industry leaders with a range of perspectives on rent control. The essays will:

Essays will be due by Feb. 10. Anyone interested in submitting an essay should contact Quinn Mulholland at qmulholland@nhc.org. We hope that you will consider contributing.