Housing must not be steamrolled 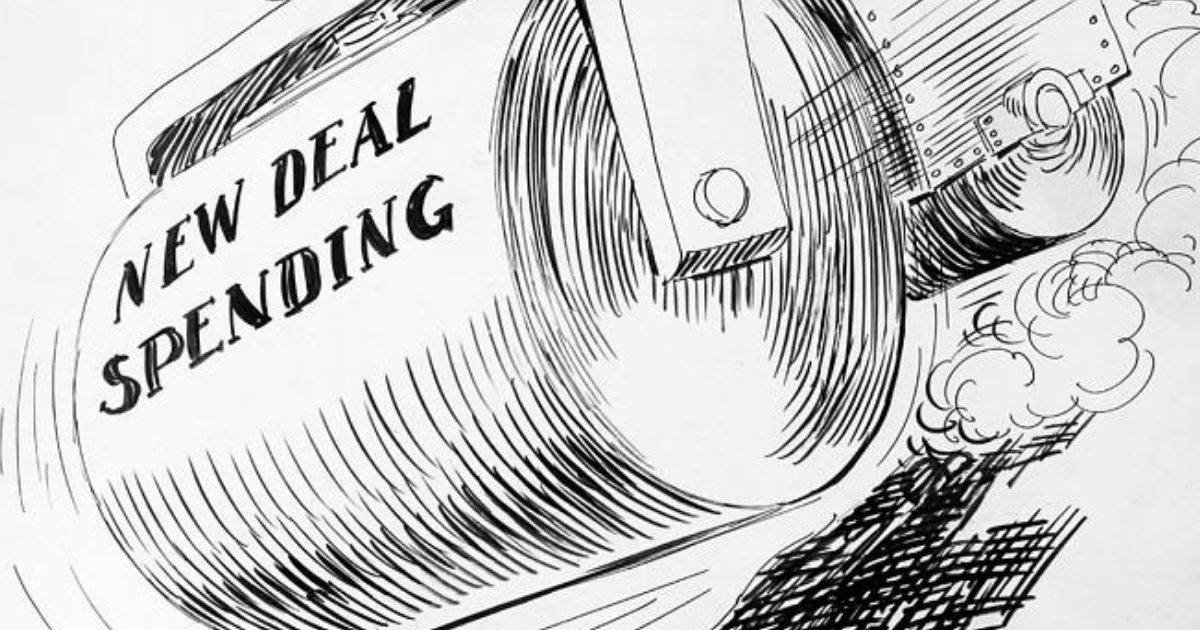 The steamroller’s use as a political metaphor is as old as the steamroller itself. In editorial cartoons going back to the late 1800s, the item steamrolled is emblazoned on the roller or flattened on the pavement underneath. This week, that image is housing, and the metaphor isn’t even a metaphor. Housing as infrastructure was literally steamrolled into the pavement of the bipartisan infrastructure bill approved by the Senate.

First, I want to be clear that a bipartisan infrastructure bill, even if it doesn’t include housing, is good for the country. What is not good for the country is having every homebuyer pay a share of $21 billion for concrete out of their monthly budget, regardless of income. And that’s precisely what has happened in the infrastructure bill. The current list of “pay-fors” is a five-year-long extension of a 10-basis point fee on all mortgages issued by FHA, Fannie Mae and Freddie Mac.

This fee was levied in 2011 to pay for a small reduction in payroll taxes for two months in an effort to goose the economy during the Great Recession. Do you remember what you bought with that money? No? Neither do I. Yet, if you have a mortgage, you’ve been paying for it since we were still using the iPhone 3. As Avril Lavigne said in her 2011 hit, “What the Hell?”

Housers have debated what to do with that fee rather than let it expire. Some wanted it to go to the Housing Trust Fund to pay for low-income housing. Over 10 years, it would generate $50-70 billion of much-needed funding for new affordable rental units. Some, including NHC, urged that it stay in homeownership and fund downpayment assistance that targets first-generation first-time homebuyers. Others are against any use of the fee and want it to expire on Oct. 1, as the law envisioned, effectively lowering interest rates by one-tenth of one percent. Unfortunately, a consensus was not reached, making the fee vulnerable to end up on the pay-for list.

The good news is it is not too late to save this money from being taken out of the pockets of homebuyers and steamrolled into a handful of cloverleaf interchanges and a few hundred miles of highway. There were many other options to pay for the infrastructure bill presented to negotiators. They need to choose something else.

I recognize that a bipartisan infrastructure bill is an important achievement. Funding for that bill, however, must not be at the expense of homeowners. Many roads, interchanges, overpasses and bridges that will be repaired with funding from this legislation require infrastructure repairs. This is because the cost of housing is so high millions of people can no longer afford to live where they work.

Instead, Congress should dedicate these funds to actual housing investment and programs that help eliminate racial disparities that plague our nation’s economy, a major priority of President Biden’s. These include downpayment assistance for first-generation first-time homebuyers, which would help close the homeownership gap for people of color; the Neighborhood Homes Investment Act, which restores and builds new housing in communities that need it the most; and funding for the Public Housing Capital Fund to repair housing that the federal government actually built.

Some say housing is not infrastructure, but I have to ask, how is housing not infrastructure? Reasonable people may disagree on that point. But none of us should tolerate America’s homeowners paying for the infrastructure bill. There are plenty of other options on the Congressional Budget Office’s pay-for list. Senators need to find one that doesn’t take the money out of the pockets of homeowners.

David Dworkin is president and CEO of the National Housing Conference.