Housing discrimination is not a thing of the past 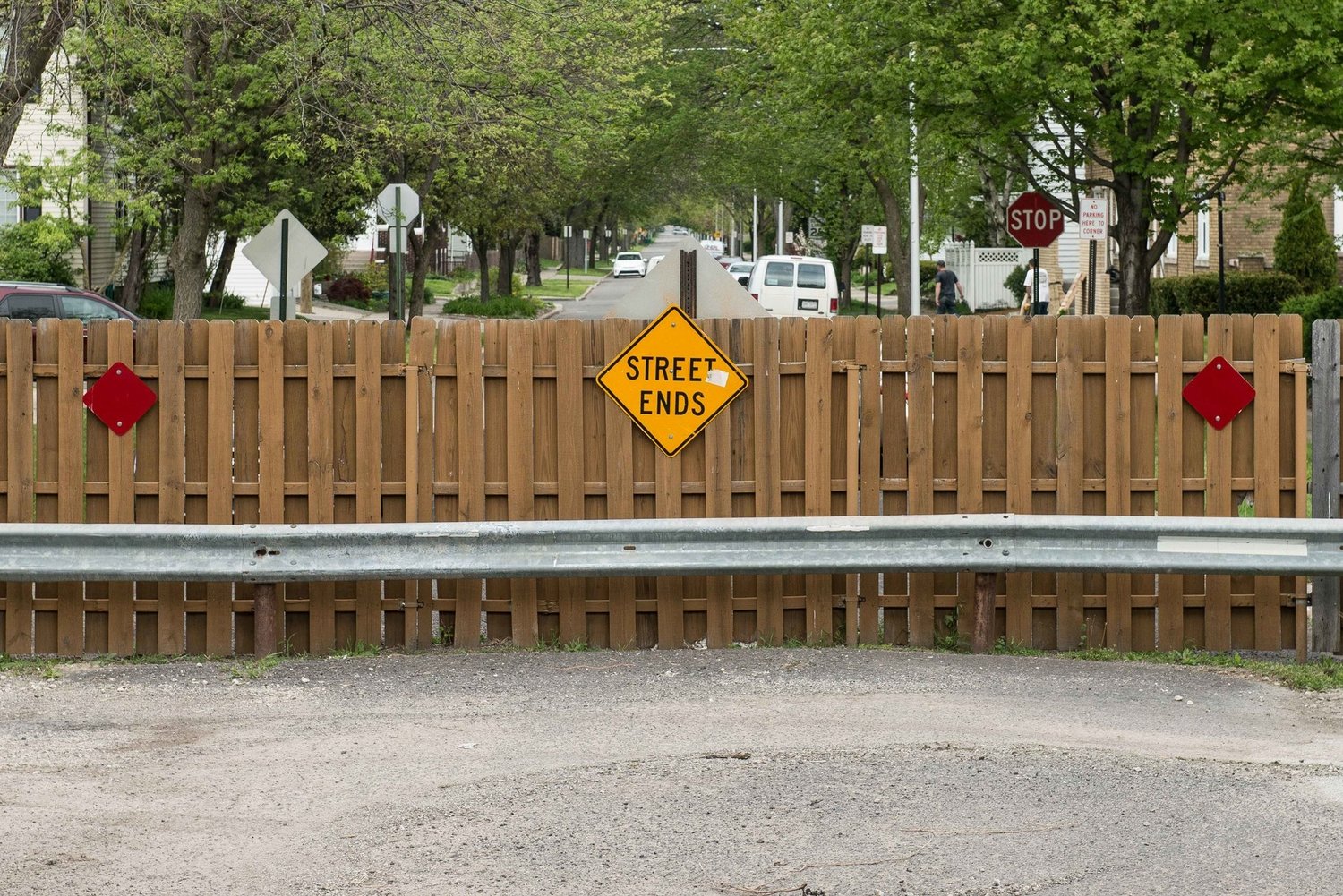 As today is Martin Luther King, Jr. Day, we recall in his own words the realities of housing discrimination. It is easy for us to consider housing discrimination as a part of our history, resolved once and for all by the Fair Housing Act of 1968, for which King fought and ultimately one of the issues for which he died. The Chicago Campaign for fair housing began in 1965 and peaceful civil rights demonstrations were met by violent attacks by mobs of angry White men and women. Yet today, housing discrimination still exists in many forms, and the legacy of generations of discrimination lives on. More than half a century since passage of the Fair Housing Act, Black Homeownership rates are no greater than they were when Dr. King marched in Cicero. Physical boundaries still exist to block streets between majority-Black cities like Detroit and majority-White ones like Grosse Point Park. Racial discrimination in housing is not just a part of history.

This is why NHC formed the Black Homeownership Collaborative, an ambitious effort to create 3 million net new Black homeowners by 2030. The initiative was launched in Cleveland on the first federal Juneteenth holiday and is led by a steering committee of the National Urban League, the Mortgage Bankers Association, the National Association of Real Estate Brokers, the National Fair Housing Alliance, the National Association of REALTORS®, the NAACP, and NHC, supported by research from the Urban Institute. Over 100 of our members and stakeholders are participating in this initiative. You can learn more about the Black Homeownership Collaborative at www.3by30.org.  – David M. Dworkin, president and CEO, National Housing Conference

The following excerpts are from The Autobiography of Martin Luther King, Jr.

My concern for the welfare of Negroes in the North was no less than that for Negroes in the South, and my conscience dictated that I should commit as much of my personal and organizational resources to their cause as was humanly possible. Our primary objective was to bring about the unconditional surrender of forces dedicated to the creation and maintenance of slums and ultimately to make slums a moral and financial liability upon the whole community. Chicago was not alone among cities with a slum problem, but certainly we knew that slum conditions there were the prototype of those chiefly responsible for the Northern urban race problem…

For twelve years I, and others like me, had held out radiant promises of progress. I had preached to them about my dream. I had lectured to them about the not too distant day when they would have freedom, “all, here and now.” I had urged them to have faith in America and in white society. Their hopes had soared. They booed because they felt that we were unable to deliver on our promises, and because we had urged them to have faith in people who had too often proved to be unfaithful. They were hostile because they were watching the dream that they had so readily accepted turn into a frustrating nightmare.

When we first went to Chicago, there were those who were saying that the nonviolent movement couldn’t work in the North, that problems were too complicated and that they were much different from the South and all that. I contended that nonviolence could work in the North…

Midsummer of 1966 saw the boil of Northern racism burst and spread its poisons throughout the streets of Chicago as thousands of Negro and white marchers began their demonstrations for open housing.

When we were demonstrating around the whole issue of open housing, we were confronted with massive violence as we marched into certain areas. We suffered in the process of trying to dramatize the issue through our marches into all-white areas that denied us access to houses and where real estate agents would not allow us to see the listings.

Bottles and bricks were thrown at us; we were often beaten. Some of the people who had been brutalized in Selma and who were present at the Capitol ceremonies in Montgomery led marchers in the suburbs of Chicago amid a rain of rocks and bottles, among burning automobiles, to the thunder of jeering thousands, many of them waving Nazi flags. Swastikas bloomed in Chicago parks like misbegotten weeds. Our marchers were met by a hailstorm of bricks, bottles, and firecrackers. “White power” became the racist catcall, punctuated by the vilest of obscenities-most frequently directly at Catholic priests and nuns among the marchers. I’ve been in many demonstrations all across the South, but I can say that I had never seen, even in Mississippi, mobs as hostile and as hate-filled as in Chicago.

When we had our open housing marches many of our white liberal friends cried out in horror and dismay: “You are creating hatred and hostility in the white communities in which you are marching. You are only developing a white backlash.” They failed to realize that the hatred and the hostilities were already latently or subconsciously present. Our marches merely brought them to the surface.

We were the social physicians of Chicago revealing that there was a terrible cancer. We didn’t cause it. This cancer was not in its terminal state, it was in its early stages and might be cured if we got at it. Not only were we the social physicians, in the physical sense, but we were the social psychiatrists, bringing out things that were in the subconscious all along. Those people probably had latent hostilities toward Negroes for many, many years. As long as the struggle was down in Alabama and Mississippi, they could look afar and think about it and say how terrible people are. When they discovered brotherhood had to be a reality in Chicago and that brotherhood extended to next door, then those latent hostilities came out.

Day after day during those Chicago marches, I never saw anyone retaliate with violence. There were lots of provocations, not only screaming white hoodlums lining the sidewalks, but also groups of Negro militants talking about guerrilla warfare. We had some gang leaders and members marching with us. I remember walking with the Blackstone Rangers while bottles were flying from the sidelines, and I saw their noses being broken and blood flowing from their wounds; and I saw them continue and not retaliate, not one of them, with violence. I am convinced that even violent temperaments can be channeled through nonviolent discipline, if they can act constructively and express through an effective channel their very legitimate anger.

In August, after being out a few days in Mississippi for the annual convention of the Southern Christian Leadership Conference. I was back in Chicago. The Board of Realtors of the Real Estate Board of the City of Chicago made certain statements concerning a willingness to do things that had not been done before. We wanted to see if they were serious about it. A meeting on August 17 lasted almost ten hours. It was a fruitful meeting, but we didn’t get enough out of that meeting to merit calling off our demonstrations, so our demonstrations continued.

We had almost round-the-clock negotiations and hammered out what would probably stand out as the most significant and far reaching victory that has ever come about in a Northern community on the whole question of open housing. For the first time in the city of Chicago, and probably any other city, the whole power structure was forced by the power of the nonviolent movement to sit down and negotiate and capitulate, and made concessions that had never been made before. Our nonviolent marches in Chicago of the summer brought about a housing agreement which, if implemented, would have been the strongest step toward open housing taken in any city in the nation…

We look back at 1966 as a year of beginnings and of transition. For those of us who came to Chicago from Georgia, Mississippi, and Alabama, it was a year of vital education. Our organization, carried out in conjunction with the very capable local leadership, experienced fits and starts, setbacks and positive progress. We found ourselves confronted by the hard realities of a social system in many ways more resistant to change than the rural South.

While we were under no illusions about Chicago, in all frankness we found the job greater than even we imagined. And yet on balance we believed that the combination of our organization and the wide ranging forces of goodwill in Chicago produced the basis for changes…