George Floyd, Derek Chauvin and the right to live in a quality, affordable home in a thriving community 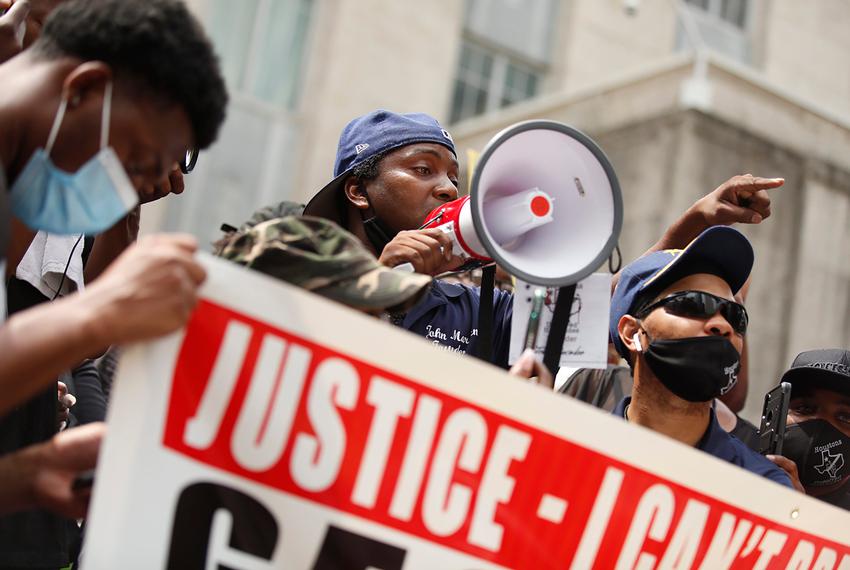 Photo by Ying Huang for the Texas Tribune / Flickr

Everyone in America has the right to live in a quality, affordable home in a thriving community. Without real progress on police reform and public safety, all the housing infrastructure money in the world won’t make a difference in the communities that need it the most.

As the courtroom door closed behind a handcuffed Derek Chauvin, my thoughts returned to two personal memories involving the challenges of effective police reform, and the future of the communities NHC and its members serve.

The first took place in a dark, narrow staircase of a Detroit duplex in 1984, crowded with undercover police in blue body armor. I was a 22-year-old reporter on a ride-along with the Detroit Police Department. At the top of the stairs was a double-barred steel door. The heavily armed cops lunged at it a dozen times with a battering ram and burst into the apartment. A sawed-off shotgun lay on the floor just inside the doorway. The suspects were frantically feeding thousands of dollars of heroin into the toilet. The cops beat them with the shotgun and used crowbars to pull out the electrical outlets and light sockets throughout the unit. It would never be used to sell drugs – or for anything else – again.

An enraged crowd gathered outside. Raids like these were the only time they saw the police. Otherwise, the residents of the neighborhood were on their own. By the next day, the drug dealers would take over some other house in the neighborhood. The one left behind would rot, driving property values even lower. The idea that the city could build and sustain a sense of community, while enforcing the law, would continue to decline for decades.

Nearly 30 years later, I was part of a team sent by President Barack Obama to help the city deal with its bankruptcy and support its recovery. The request of its new police chief, James Craig was concise: body armor, squad cars and freedom from a Justice Department consent decree that he said cost $100,000 a month and had achieved its purpose. But Detroit still had more murders than Los Angeles, a city six times as large, devastating communities across the city. More work lay ahead.

Today, Detroit has embraced community policing principles. Progress is uneven but continues. National headlines of police brutality have been largely absent of Detroit datelines. They spend the money to move forward. Communication with community leaders and residents is a high priority. The priority is building alliances and trust, not treating community members like they are the enemy.

One thing is certain: it’s not cheap. Voters understand that reality. In fact, one of the determining factors in the failure of many Democrats to defeat Republican rivals in close races last November was calls to “defund the police,” according to post-election polls, as well as political leaders like House Majority Whip James Clyburn (D-S.C.).

This week, Derek Chauvin’s conviction on all counts for the murder of George Floyd can be a significant turning point. Mr. Floyd’s death is a tragedy that can never be made right. Thankfully, it was not made more wrong last week. Real change – the historic, sustainable kind – requires hard work, significant investment, and bipartisan compromise. There is reason for cautious optimism on that front, as Senators Tim Scott (R-S.C.) and Cory Booker (D-N.J.) work together on federal police reform. It’s not enough on its own, but it’s a start. Where it leads is up to us.