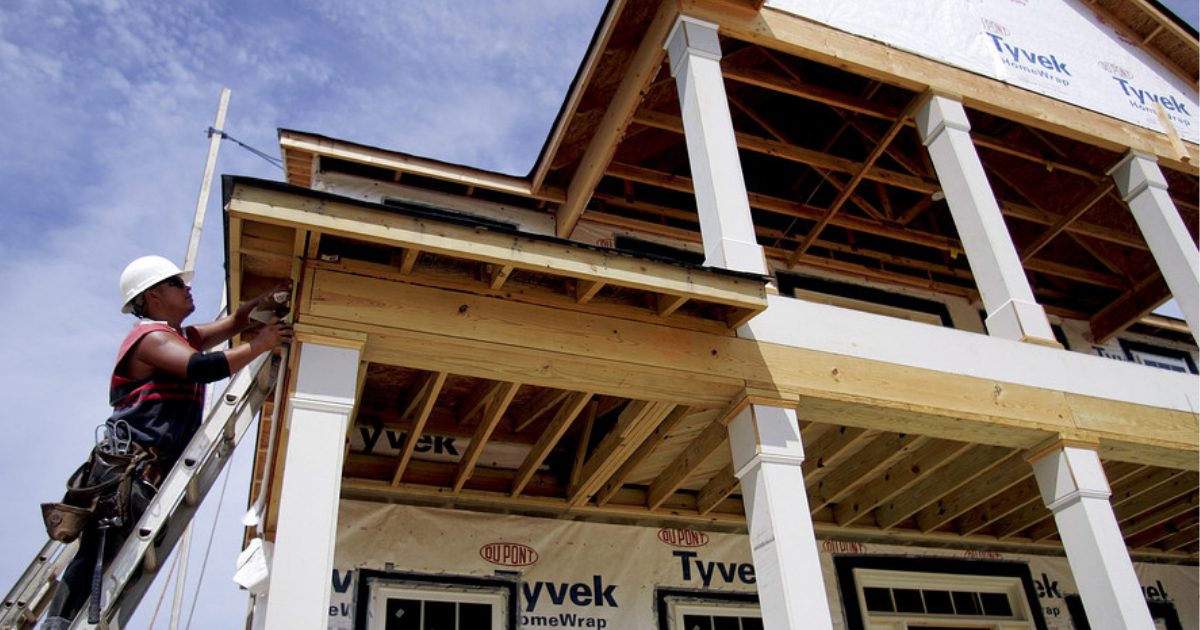 The recent rise in housing prices is not new to the pandemic but has been accelerated. The devastation of the home building industry during the Great Recession resulted in a deficit of nearly 2 million homes needed to catch up to a healthy inventory.

If there is one unalterable fact in market economics, the law of supply and demand is never repealed. Less supply and more demand mean higher prices, and that’s exactly what we’ve seen. The median existing-home sales price rose 13.9% year-over-year 2021 to a new high of $353,900. The national median rent increased by 17.8%. This compares to 2017-2019 when rent growth averaged just 2.3%.

These surging housing costs are not limited to cities like New York, Boston, Los Angeles and San Francisco. According to the National Housing Conference’s Paycheck to Paycheck database, increasing home prices contributes to rising inflation for the first time in a generation. According to the Bureau of Labor Statistics, increases in the cost of shelter and transportation were the largest contributors to inflation, which increased to 7.0% for the 12 months ending December 2021, the largest increase since 1982. Even if you take out food and energy, inflation is 5.5%, the largest 12-month change since 1991. As the White House Council of Economic Advisors warned in a recent report, “even small increases in rent and home prices can, in principle, have noticeable effects on overall inflation.”

Last week, President Biden addressed the failure to pass Build Back Better and suggested that it was clear to him “that we’re going to have to probably break it up.” He noted that different elements have various levels of support. BBB includes several proposals that can significantly impact one of the biggest drivers of inflation – the lack of affordable housing production. Many have strong bipartisan support. They should be included in any smaller package. If no bill emerges, they can be pursued as an independent housing bill to address the growing housing affordability crisis.

The Low Income Housing Tax Credit (LIHTC) is the most effective affordable housing tool in the federal government. A public-private partnership, it has bipartisan support. It has created nearly 3.5 million affordable units, serving 8 million households since 1986. The Affordable Housing Tax Credit Improvement Act would increase the annual LIHTC allocation by 50 percent over the current level, phased in over two years. It would also expand access to LIHTC by using Private Activity Bond financing more efficiently, an important tool for states to create capital for housing development.

Another tool for increasing the production and rehabilitation of affordable housing is the Neighborhood Homes Investment Act, which also has strong bipartisan support. While our primary focus has been on home prices that are too high, in many areas of the country, they are too low. In cities throughout rural America and the so-called “rust belt.” This innovative proposal would provide tax credits in these communities, closing the “appraisal gap,” making these projects feasible and creating more inventory for entry-level homeownership in the process.

The Housing Trust Fund (HTF) provides grants to states to produce and preserve affordable housing for extremely low- and very low-income households. The HTF is currently financed by the revenue generated by Fannie Mae and Freddie Mac. This funding should be augmented by a one-time contribution of federal funds to address the needs of Americans most in need of affordable housing.

Finally, if we invest in housing production without addressing historic disparities in homeownership rates for people of color, we will exacerbate this unacceptable situation. Today, homeownership for Black Americans is lower than it was in 1968 when housing discrimination was legal. Two programs in BBB would make a significant contribution to closing the wealth gap.

The LIFT Act would help close the racial wealth gap for first-generation homebuyers – predominately people of color – by subsidizing a 20-year mortgage for roughly the same monthly payment as a traditional 30-year loan. This will allow them to grow equity twice as fast.

Similarly, multi-generational homeownership creates significant advantages for first-time homebuyers. Advice from family members, down-payment loans and gifts from parents, and the sense of entitlement to homeownership that comes from living in a home your parents own, all contribute to maintaining the homeownership gap.

The Down Payment Towards Equity Act would fund downpayment assistance for first-generation home buyers. Like LIFT, it offers down payment assistance to targeted homebuyers who can’t benefit from the significant benefits from multigenerational homeownership. According to the Urban Institute, more than 1.7 million mortgage-ready young Black renters could afford a median-priced home in the 31 most-populous metropolitan statistical areas if they could come up with a 10 percent down payment.

Some have expressed concerns that these programs would benefit some Americans instead of others. Quite the contrary, they offer a benefit that most of us have already received and the rest of us have been denied. It’s time to even the playing field.

Taken together, these approaches can go a long way toward addressing a major component of housing inequality, skyrocketing housing costs and inflationary pressures on the economy.

All these initiatives can work together to help solve a problem we have failed to address for over a decade. Now, with inflation looming and interest rates rising, we must deal with our shortage of affordable housing.