Budget Reconciliation and the power of collaboration 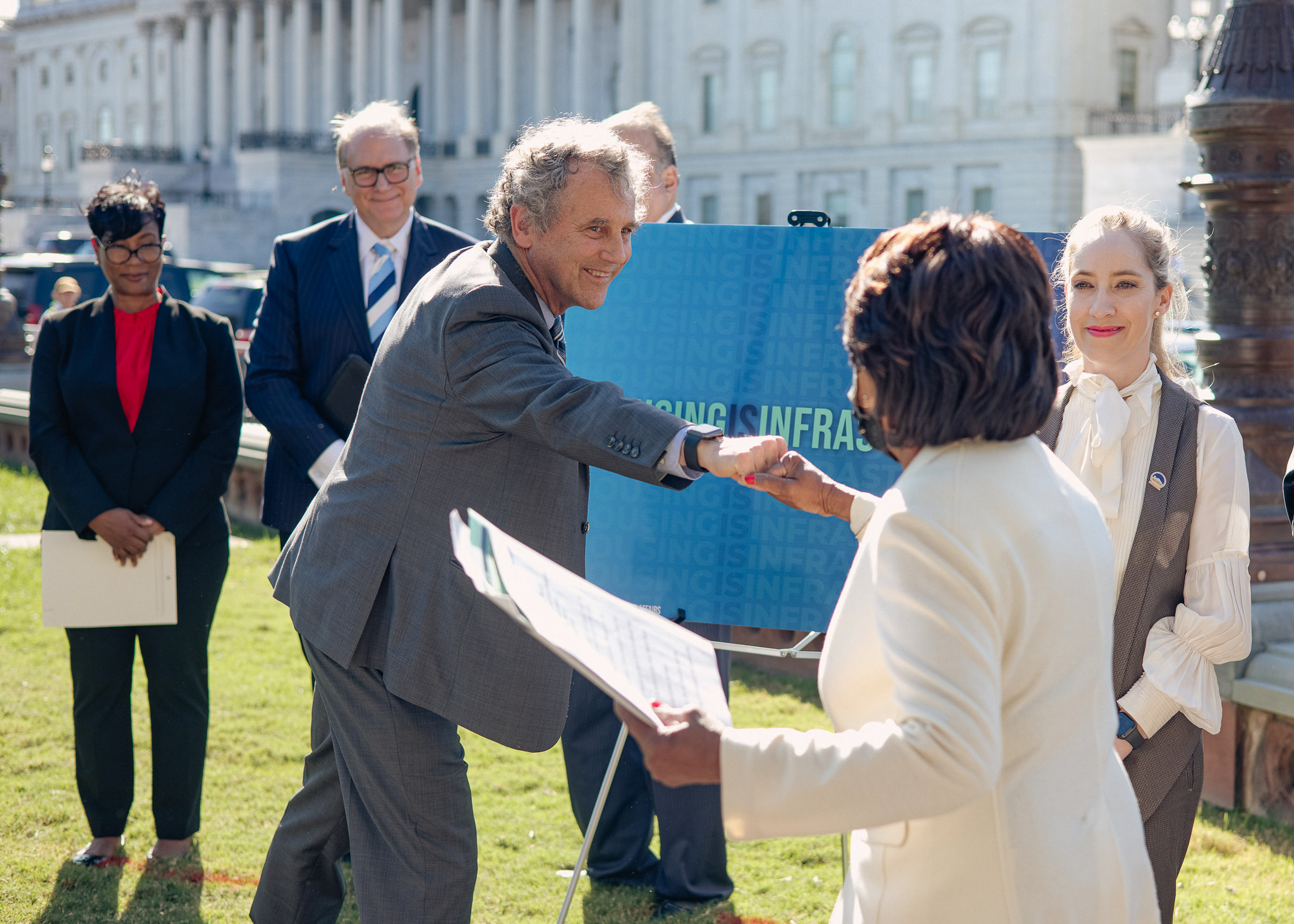 As negotiations push forward towards a final agreement on a Budget Reconciliation bill, NHC has been working closely with many of our members on two of our highest priorities, passage of the Neighborhood Homes Investment Act (NHIA) and substantial funding for the Down Payment Towards Equity Act. The result of these efforts is likely to be clear by the end of the month and will make significant progress to closing the racial homeownership gap.

On Friday, Politico reported that housing provisions in the bill had been cut from $327 billion to between $150 billion and $175 billion, figures we have confirmed with negotiators. Funding for down payment assistance has reportedly increased from $10 billion to $15 billion. Tax credit provisions, however, remain in jeopardy. NHC is scheduled to discuss the legislation with Senate Majority Leader Charles Schumer (D-N.Y.) early this week.

It’s reasonable to ask why these two bills, and not other priorities like Section 8 housing choice vouchers, project-based rental assistance, or public housing funding? The answer is that NHC members are fighting hard for all of these priorities and more. We are like a highway with many lanes moving in the same direction. By staying in our chosen lanes, we can make the most progress together. Were any of us to try to get ahead by cutting off progress in another housing lane, we both risk a crash.

Housing is a continuum, where investments in equitable and sustainable homeownership, low- and moderate-income rental housing, support for extremely low-income renters and ending homelessness are all interrelated. Fewer homeowners mean more renters and higher rents. Higher rents lead to an explosion of economic homelessness like we have seen in cities throughout the country.

The power of collaboration was made clear on Wednesday, October 20, at a press conference we organized with leaders of the National Association of REALTORS® NAR, National Association of Hispanic Real Estate Professionals, National Association of Home Builders, Habitat for Humanity, National Fair Housing Alliance (NFHA), and National Low Income Housing Coalition. We were joined by Senate Banking, Housing and Urban Development Chairman Sherrod Brown (D-Ohio) and House Financial Services Committee Chairwoman Maxine Waters (D-Calif.). Together, we made a powerful statement of unity of purpose. #HousingisInfrastructure and unity is essential to leveraging all our efforts. “Housing is an essential component of any effort to address families, racial equity, our health, and our environment,” I said. “We must include a substantial investment in housing priorities in the Budget Reconciliation bill under consideration. On this, we all agree.”

This week, NHC also contributed to a letter sent by Randi Weingarten, president of the American Federation of Teachers, supporting affordable housing. In it, she said, “More than 10.5 million households spend more than 50 percent of their monthly income on rent. Crushing rents make saving for a home or even coping with an emergency impossible for far too many families.” She noted that “According to the National Housing Conference’s Paycheck to Paycheck database, secondary school teachers don’t earn enough to buy a home in Boston, Phoenix or Portland, Ore. For teachers in West Virginia’s most rural communities, housing near where they teach is often nonexistent.”

Labor leaders were founding members of NHC in 1931. As AFL-CIO Housing Investment Trust CEO Chang Suh said in a recent editorial in HousingWire, “To have the quality of life everyone expects, we need safe and decent places to live. Too often that need goes unmet, which impacts people’s ability to stay healthy, educate and protect their children, get to work, and know they are an important part of the community they serve.”

This year, NHC’s top priority has been the launch and ambitious work of the Black Homeownership Collaborative’s 3by30 initiative. 3by30 is a partnership between the National Urban League, Mortgage Bankers Association (MBA), NAACP, National Association of Real Estate Brokers (NAREB), NFHA and the NAR with research by the Urban Institute. The NHIA legislation, which would restore affordable neighborhoods throughout the country, most of which are home to people of color, and DPA funding for first-generation home buyers, also disproportionately people of color, are our two top policy objectives this year. These bills are essential contributors to our effort to create 3 million net new Black homeowners by 2030, which we launched on the first Juneteenth federal holiday in Cleveland, Ohio, with Housing and Urban Development Secretary Marcia Fudge and Chairman Brown.

But make no mistake about it. Every dollar for affordable housing in the bill is a win for NHC and all our members. The ACTION Campaign and the Affordable Housing Tax Credit Coalition, the National Council of State Housing Agencies, as well as Novogradac & Company have all contributed to efforts to support funding and improvements to the Low Income Housing Tax Credit. NHC has been strongly supportive of all these efforts on behalf of this highly effective program that is the biggest contributor to housing production for low-income Americans. The National Low Income Housing Coalition and the National Alliance to End Homelessness have been fighting hard for historic levels of funding for the National Housing Trust Fund, Section 8, and public housing repairs, among other programs. Together, they have built a powerful grassroots campaign that is helping all our efforts to keep substantial housing investments in the bill.

NHC was founded in 1931 as an unlikely coalition of home builders, labor unions, housing advocates and religious leaders to fight for quality affordable housing. We were the leading advocate for creating much of the public housing now desperately in need of repairs. Since then, we have fought for every piece of major housing legislation in the past 90 years. This year, we have an opportunity to contribute to the largest investment in housing ever through the power of collaboration and unified effort of all our members, and that starts with you.