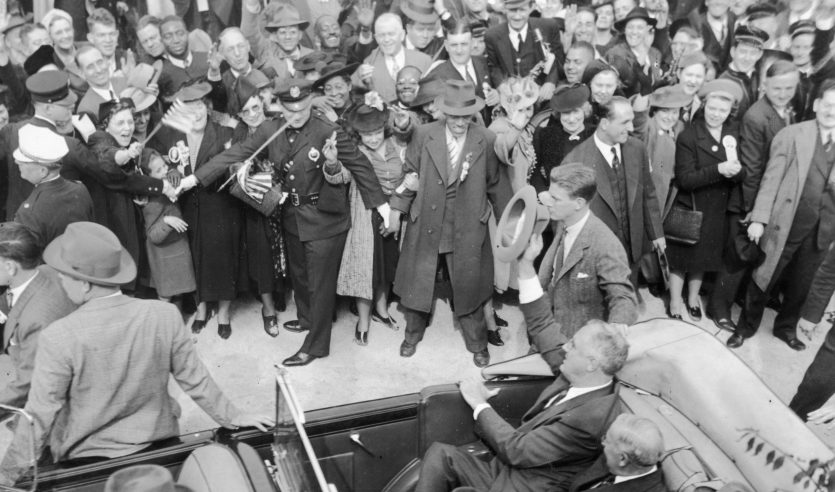 In celebration of NHC’s 90th anniversary, we will periodically feature important parts of our rich history. This week, I am pleased to share a letter written by President Franklin Roosevelt that was sent to our founder Mary Kingsbury Simkhovitch on Feb. 4, 1943.

Since I extended my greeting to the National Public Housing Conference a year ago, memorable events have taken place in public housing. The public housing agencies of the Government and the agencies stimulating private home construction have been consolidated into one efficient National Housing Agency.

There can be no doubt in anyone’s mind that when the war is over we shall proceed toward the goal of a slumless America with redoubled determination and vigor. The housing projects in Pittsburgh stand as evidence stronger than words, as to what can be done and what will be done.

The Federal Government is not unmindful that we must commence now to develop plans to assure the winning of the peace on the economic and social front. I have been glad to observe the number of states and local communities which are preparing for large programs of housing and community rebuilding. Those engaged in public housing and those engaged in private housing are working together to see the job as a whole, and to encompass the needs of all the people.

It must be a great inspiration to the National Public Housing Conference to know that it was a pioneer in the whole task of relating housing to the people’s welfare. Pioneers are always needed, and you have my continuing good wishes in your efforts which have contributed so much to our present war efforts and which we shall need so much in the years that lie ahead.

What is remarkable about this letter is that it was unsolicited. Why would the president of the United States, in one of the worst years of World War II, reach out to us? The answer can be found in Doris Kearns Goodwin’s “No Ordinary Time: Franklin & Eleanor Roosevelt: The Home Front in World War II,” and “My Boss,” the memoir of his personal assistant, Grace Tully. FDR’s chief of staff and close friend Harry Hopkins, executive assistant Marguerite “Missy” LeHand, and Tully often managed his moods by breaking up the most stressful parts of his day with personal correspondence with old friends and colleagues. Tully noted that this was done “depending largely upon the temper of the day and his mood of the moment.”

The pressure Roosevelt was under in February of 1943 was incomprehensible. Just days before he had returned from the Casablanca Conference, where he faced intense pressure from Winston Churchill to invade Europe – a task the United States was still unready to undertake. An invasion of Sicily was agreed upon instead, as was the principal of “unconditional surrender,” a commitment that would certainly prolong the war in Europe that we were not yet winning. In the Pacific, the Battle of Guadalcanal was raging as blue star flags were a growing presence in windows across America. In this context, one can imagine Ms. Tully saying, “Let’s write to Mrs. Simkhovitch today. Remember the opening of that wonderful public housing development you spoke at in Pittsburgh just before the war? It won’t be long before we’ll be working on winning the peace.” You can see the original letter here, and a fantastic photograph of the Pittsburgh Public Housing event here. That development was funded through the 1937 National Housing Act that NHC helped write. FDR’s 1935 note to Sen. Robert Wagner (D-N.Y.) proposing the act at NHC’s request, can be seen here.