Housing Communications Network Forum Wrap Up: Rebuilding America, One Job at a Time

On November 2, the American people voted for change . . . again. But now with the polls closed, the votes tallied and the campaign dust settled, NHC wanted to take a look back and reflect on how housing played out in the midterm elections and look forward to the future messaging of affordable housing.

As part of the new Housing Communications Network initiative, NHC convened a panel of expert Democrats and Republicans from the campaign world to discuss the role housing played in the midterm election campaigns. What effect did housing have on the election outcome? And what can the industry anticipate in this new political climate? Jacquie Lawing Ebert, Partner at GMMB, moderated the panel which included David Avella, Executive Director, GOPAC; Bill Greener, Founding Partner, Greener and Hook; Glenn W. Richardson, Professor, Kutztown University and Ben Waxman, Senior Executive, AFL-CIO. 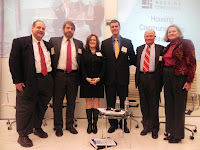 The outcome of the election, the panel unanimously agreed, was a direct result of frustrated, financially and emotionally drained Independents who thought the politics of the past 2 years did not address their concerns. This group showed up and they voted for change. Republicans conceded the vote was less about them than about the current administration, an anemic economy, and an ongoing desire for change. Housing was cast in a supporting role in the election with the struggling economy playing the lead. The foreclosure crisis and declining home values were shown as but one symptom (or cause) of the difficult economic times we’re facing. 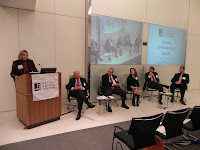 Given the new political environment and federal debt, the panel agreed that forward movement on affordable housing policies and additional funding would be unlikely. Restoring public confidence through steady job creation, economic growth, and deficit reduction will be the political priority. Without a growing economy, all other issues will remain secondary.

The panel offered some advice for affordable housing advocates, given the new realities: educate incoming elected officials about why affordable housing is important and change your messaging. In the current fiscal and political environment, being viewed as just another special interest group asking for federal funds is an ineffective strategy.

For Republican strategist Bill Greener, it came down to figuring out how to tell the American people why housing is good for them. He recommended determining where “my self-interest coincides with your self-interest.” He offered one of the more radical ideas of the forum: throw out the term “affordable housing” all together and focus strictly on jobs using the theme “Rebuilding America.” 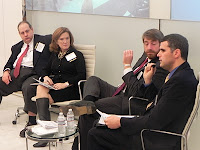 For Jacquie Lawing Ebert, reframing the message was not enough; reframing the entire discussion was needed. In the past, she noted the effectiveness of using value messaging to support homeownership. Given the housing crisis, this messaging is a harder sell, but her larger point being that connecting to values rather than facts or data has been more effective with building support among the general public.

Rather than just continually telling the American public why affordable housing is important and good, Republican David Avella proposed an educational campaign to teach Americans why housing is good for THEM. Not only does safe, decent, and affordable housing contribute to one’s idea of self-worth it also has significant health, education and economic benefits. He felt that connecting the affordable housing message to these intersections and the values associated with each could be an effective messaging strategy. Additionally, he felt an educational campaign should change the messaging from one of (perceived or real) dependence to one of temporary assistance leading to independence. 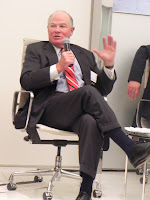 Democrat Ben Waxman proposed three ways to change the messaging of housing. First, sell the American Dream again – agreeing that the American Dream would need further refinement given the housing and economic crisis. Two, focus messaging on how affordable housing is a job creator. Three, educate two groups: Federal government and the American people. Democrat Dr. Richardson agreed that in this environment, an effective educational campaign was the best use of advocates’ time.

Housing is all about home and community; it’s a complex issue with many layers, nuances, values and emotions attached to it. And the latest housing and economic crisis has further added to the complexity, changing some people’s perceptions about it. While the many players in the housing industry may never agree on policy solutions going forward, there may be opportunities to reach consensus on a positive, unified and consistent message on the value and importance of housing in our communities. Reaching such consensus has never been more important as increasingly negative media coverage surrounding housing impacts the advocacy work of everyone in the housing industry.