Life wasn’t easy for Officer Steve McGarrett in the original
Hawaii Five- O. He led a Hawaiian state police force responsible for dealing international secret agents, organized crime syndicates and an array of other well-tanned felons that menaced the islands. But one thing McGarrett didn’t have to worry about was workforce housing issues.

Back in 1970, just a couple years after McGarrett took his post, a household making the median income in Hawaii of $10,675 could afford a median price home of $35,100 without suffering financially.

Fast-forward 40 years and enter the world of Detective Chris McGarrett, the lead character in the new Hawaii Five-O. Not only does the new McGarrett have to deal with more sophisticated, heavily armed criminal gangs, but now he and fellow detective Danny “Danno” Williams have to struggle with the state’s current astronomical housing costs.
In 2009, the median home value for Hawaii was almost $518,000.

To stress the severity of the situation the ratio of median home value to the median household income in Hawaii jumped from 3.8 to 8.1 between 1970 and 2009. Gang warfare and high profile abduction cases may have to take a backseat for a few episodes while McGarrett and Danno figure out how to stretch their paychecks. According to the Center for Housing Policy’s Paycheck to Paycheck (P2P), a household living in the Honolulu area would have to make over $134,000 a year to afford a median priced home in 2009. For reference, police officers in that area make on average $55,000 a year.

But before McGarrett and Danno turn in their badges and try strike it rich in some shady real estate investment on an undiscovered island in the Pacific, a few recommendations:

1. Stock up on Spam – the state’s favorite comfort food comes in 10 different varieties, making it a more interesting alternative to the affordable staple, beans and rice. And with an average retail price of $2.64 per can, McGarrett and Danno could significantly cut down on their monthly grocery costs. As highlighted in the Center’s 2008 report Stretched Thin, annual grocery costs increased by over 30% nationwide from 1996 to 2006. However, in comparison to the almost 65% increase in housing costs over that same period, the “Spam Diet” would barely make a dent in the affordability gap – the same cannot be said for the dent in the detectives’ health. 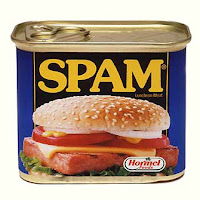 2. “Book ‘em, Danno” – that is, book two tickets to Alaska where McGarrett and Danno can still enjoy an exotic life in law enforcement away from the contiguous 48 states, as well as a tolerable median home value to median household income ratio of 3.5. But for those two, the action is likely to be in Anchorage, where according to P2P a household would have to have made almost $69,000 to afford a home in 2009. On average, Anchorage police officers only made about $58,000 that year.

3. Be the actor playing the Hawaiian detective – less danger, more fame…and it pays a lot more than the real thing. All one needs is a little talent, a lot of luck, a really good agent, and high tolerance for paparazzi. But just realize, more than likely, you’ll be based in Los Angeles, where an annual income of over $95,000 is necessary to afford a median priced home. A steep cost to bear if the series gets canceled and you have to start waiting tables – on average, in 2009, a waiter in Los Angeles only pulled in about $17,500 a year.

You can also view the Center’s and NHC’s publications on workforce issues to learn more about the problems America’s workers are facing in dealing with high cost of housing.

Ryan Sherriff, surprisingly, was not tapped to play the lead role in the new Hawaii Five-0 series, but he does investigate affordable housing policy issues across the country as a research associate for the Center for Housing Policy.