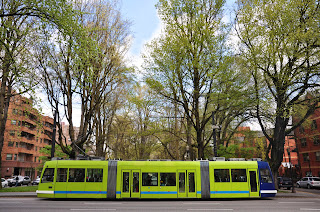 There is growing awareness, however, that to realize these goals, and to grow equitably, local jurisdictions need to take proactive steps to ensure that transit-accessible housing will be available to people of all incomes over time. Without upfront investments and policy support for long-term transit-area affordability, there is a real risk that lower-income households will be edged out of transit-accessible neighborhoods as rail systems expand and growing demand for housing near planned and existing stations increases rents and home prices. Given the high share of income that lower-income households already dedicate to combined housing and transportation expenses (see here for the latest data), arguably we need to be increasing – not reducing – transit-accessible living options for lower-income households.

The good news is that, nationwide, thousands of new deed-restricted affordable homes have been built or preserved within walking distance of new transit stations over the past decade. This is well short of the need, but a good start nonetheless.

But how many of these affordable homes will still be affordable after 15 years? This question is particularly relevant for regions with long-term build-out timelines. Atlanta, for example, is building a light-rail line along the BeltLine that won’t be complete for at least 17 years. Here, as in other cities, it is likely that a good share of the affordable housing being created today near transit will not still be affordable when the transit system is fully built out.

A new report I authored for the Center for Housing Policy explores the potential of community land trusts (CLTs) to help address this issue. Drawing on case studies of Atlanta, Denver, and the Twin Cities, the paper looks at how CLTs are helping to create transit-accessible, affordable homes that remain affordable over the life of the local transit system.

A challenge for CLTs (and other developers of affordable TOD) is inconsistent public policy and funding support for long-term affordability near transit. Land access is also difficult for CLTs, as it is for other affordable housing TOD developers, especially in hot markets.

The report offers several steps that might help rectify this situation. These include:

Whether achieved through the use of CLTs or by other means, it is clear that dedicated efforts must be made to ensure that affordable housing will have staying power in areas with convenient access to our nation’s expanding public transit networks. The recommendations above offer some potential ways for advocates and policymakers to work together to create a lasting supply of truly affordable housing in their communities.