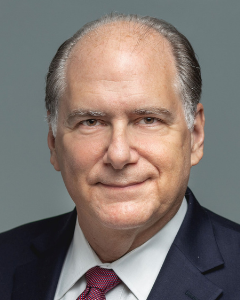 David M. Dworkin is the 17th president and chief executive officer of the National Housing Conference, the nation’s oldest housing coalition, founded in 1931. Prior to joining NHC in 2018, Mr. Dworkin was a senior policy adviser at the U.S. Department of the Treasury, where he advised Treasury Department officials on matters related to housing and community development. He also served as a member of the President Barack Obama’s Detroit interagency team, where his responsibilities included developing and implementing strategies to assist in the City of Detroit’s revitalization.

Previously, he managed the Capital Magnet Fund (CMF) at the Treasury Department’s CDFI Fund, which disbursed $80 million in grants for economic revitalization and community development through investment in and assistance to community development financial institutions (CDFIs) and nonprofit housing organizations.

Prior to joining the Treasury Department, he was CEO and Founder of Affiniti Strategies, a political consulting firm that assisted clients build political relationship capital. Mr. Dworkin served in a number of leadership positions at Fannie Mae. His service in the administration of President George H.W. Bush included the State Department’s acting deputy assistant secretary for legislative affairs. As national security advisor to Rep. Rod Chandler of Washington, he was recognized by Secretary of State James A. Baker III for his key role in the negotiation of the Bipartisan Accord on Central America, which led to the end of Nicaragua’s civil war and inauguration of its first democratically elected government.

Mr. Dworkin was a freelance foreign correspondent and photographer for The Detroit News, where he covered the war in Afghanistan.  In 1984, he was the first Western journalist to cross the Safed Koh mountain range with the rebels fighting in the region known as Tora Bora.

He is a graduate of the University of Michigan and lives in Washington, D.C. with his wife Hayley Hoffman.