Outlook for Housing: No end in sight to housing affordability crisis

It is said that a picture is worth a thousand words. That being the case, NHC’s first annual webinar on the Outlook for the 2020 Housing Economy contributed a book’s worth of insights on the housing economy and the growing shortage of affordable housing. The bottom line: there is no end in sight to the housing affordability crisis until we build more housing of every kind; for first time homebuyers, middle income and low income renters, and housing for extremely low-income and homeless Americans, struggling in every part of the country.

Three slides from the webinar make this case in the strongest possible terms. As Freddie Mac’s Chief Economist Sam Khater noted, new housing supply is still at recession levels, 11 years into an economic expansion. This is a “huge, huge warning sign,” Khater said. The impact: 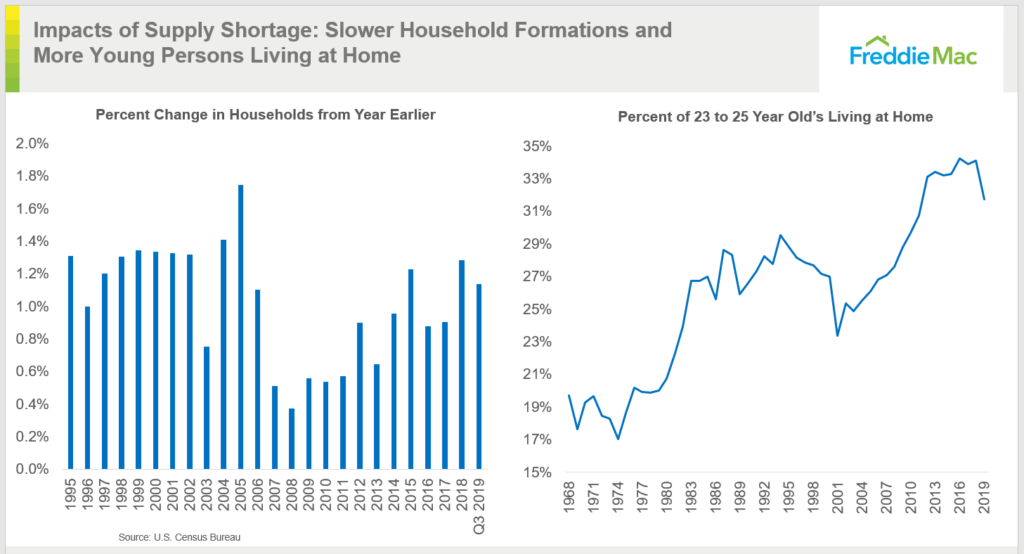 This isn’t just about highly publicized markets like those in California and New England. It’s in places like Michigan and Idaho. Today, nearly a third of millennials 23-25 are living at home with their parents, up from less than a quarter in 2001.

This impact was made dramatically clear by Michael Fratantoni, chief economist at the Mortgage Bankers Association, who noted there is an affordable rental housing crisis at nearly every income level, as this chart makes painfully clear. 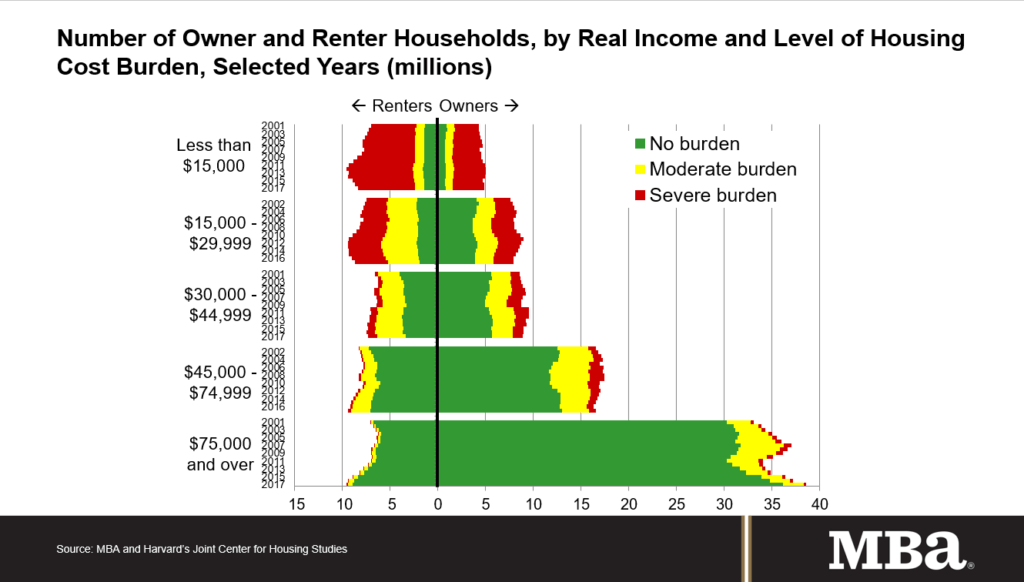 National Association of REALTORS® (NAR) Chief Economist Lawrence Yun agreed: “There is just not enough inventory.” Yun said that NAR is advocating for new home construction because new home purchases drive the “trade up” market, which has traditionally been a major source of more affordable housing for first time homebuyers.

We just have to build more housing, and that means we need to address the major federal policies that have conspired to drive prices up and inventory down. These include the need for a much larger allocation for the Housing Tax Credit, and other improvements, included in the Affordable Housing Tax Credit Improvement Act, introduced by a bipartisan group of Senators and Representatives; reforms to local zoning and other regulations that drive up the price of housing and undercut efforts to build more affordable homes for renters and first-time buyers; and repeal of limits on the State and Local income tax deduction, which has done more to undercut the value of owning a home than any other factor. These are just three areas for reform. There are many more which are being written into a new National Housing Act for the 21st century by NHC’s members. In the coming months, NHC’s Policy Committee and Board of Governors will meet to put together our public proposal this spring. Then the hard work of advocacy begins.

It’s been over 50 years since the United States has enacted a truly comprehensive national housing act. NHC played a leading role in that effort, as it did in 1949 and 1937. We are long overdue to address this growing crisis strategically and effectively. This makes your membership and your contribution of experience – your intellectual capital – more important than ever. Please be sure to renew your membership today. You can do it online here. But equally important, keep engaged and let us know what you think. Communication is a two-way street. Please join us in making a difference, not just a point!