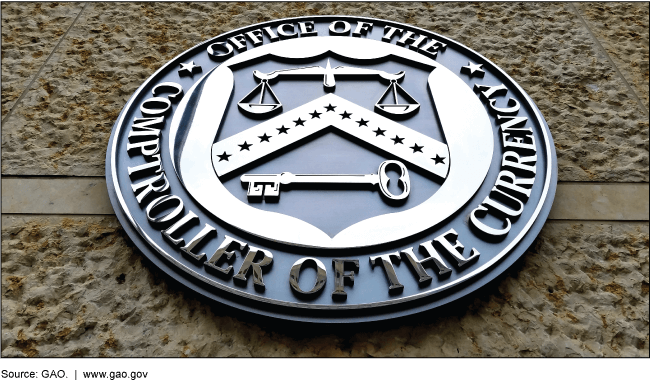 2020 is off to a roaring start, and I’ll begin it by breaking my first New Year’s resolution; writing a sentence with six acronyms! With the publication last week of the Notice of Proposed Rulemaking (NPR) on the Community Reinvestment Act (CRA) by the Office of the Comptroller of the Currency (OCC) and the Federal Deposit Insurance Corporation (FDIC), though notably not the Federal Reserve Board (FRB), NHC is gravely concerned that the important work of nearly all of our members could be significantly undercut. CRA modernization is easily the most impactful regulatory action we are likely to see this year. As I said in the American Banker, CRA modernization is “a once-in-a-generation opportunity. If modernization is done without broad support across the political spectrum, it’s just another swing of the pendulum that will cost banks hundreds of millions to retool the compliance system, and hundreds of millions more when the pendulum swings back and they have to retool again.” Worse, it will undercut efforts to help millions of low- and moderate-income people in communities that need CRA the most.

CRA was enacted in 1977 as it became clear that simply making discrimination illegal through the Fair Housing Act of 1968 was not sufficient to reverse the legacy of discrimination that permeated housing and community investment. CRA was meant to be an incentive for banks to reinvest in the communities where they were headquartered and had branches. Over the past 40 years, CRA has become an important tool to encourage bank lending, investment and services in underserved communities. This powerful incentive creates a benefit for the work nearly all of our members do. If you build affordable housing, banks get CRA credit for investing or lending to support it. If your community is underserved and a bank opens a branch, or makes mortgage loans, or supports community groups; they also get CRA credit. All of that activity supports their effort to get an Outstanding, or at least a Satisfactory, CRA rating from their regulator. If they don’t, it is harder for the bank to open or close branches, or merge with other institutions. There are also reputational costs and benefits associated with CRA.

The best banks, many of whom belong to NHC and work with so many of our members, are committed to this work, regardless of CRA. But they also compensate their employees on a risk-weighted return on capital to ensure they make safe, sound and successful investments, which is in all of our interest. CRA adds a community-friendly thumb on the scale in the competition over capital allocation that exists in every financial institution. Water down CRA, and you dilute the impact that CRA has in empowering banks to focus on the harder and smaller but still profitable deals, that often have disproportionately positive impact on communities. That’s why in over 90 meetings that the Treasury Department held with CRA stakeholders in 2017, not a single stakeholder, including dozens of banks and financial industry advocates, argued for the elimination of CRA. I know because as a Treasury Department senior advisor, I participated in over 80 of them. These stakeholders told us they wanted CRA regulation to be more transparent and predictable, while retaining flexibility so they could know when investments would get CRA credit. They did not tell us that they wanted CRA to be watered down or made less impactful with the ratio-driven approach that is the foundation of the new NPR.

To provide comprehensive, detailed, and useful comments on the proposal, NHC has convened a group of two dozen of our members, spanning some of the nation’s largest banks, nonprofit housing developers and community and civil rights advocates. Our work will be done under a very tight timeline, as the OCC and FDIC have only allowed for a 60-day comment period. As with our comment letter on the OCC’s Advanced Notice of Proposed Rulemaking (ANPR), we believe that our diverse members can come together to help us provide a similarly detailed and constructive comment letter. We will be aided by a pro-bono legal team of attorneys from Nixon Peabody in New York, one of the best law firms in the country, and students from Georgetown Law School. Our intention is to provide a written record of how CRA modernization can be successful, either for the current administration or future ones, should efforts to make the OCC’s approach acceptable fail. We encourage you to join this effort by reaching out to our Policy Director, Tristan Bréaux, at tbreaux@nhc.org.

For many reasons, the FRB has refused to go along with the OCC and FDIC on its NPR. Fed Governor Lael Brainard laid out the Fed’s vision of CRA modernization at a convening at the Urban Institute. You can see her full remarks and subsequent Q and A here. While Governor Brainard was appointed by President Obama, she has had the support of Fed Chairman Jerome Powell and Fed Governor Randy Quarles, both appointed by President Trump. The Fed’s alternative to the OCC approach includes clearer metrics for evaluating bank performance, as well as a new transparent approach to assessing “performance context,” or how banks are doing compared to their peers and the market overall. She also addressed one of the most important issues for any NHC member involved in the development or construction of affordable housing: the importance of separate retail and community development tests, that are conflated in the OCC’s approach. “Evaluating all retail banks under a stand-alone retail test is important to stay true to the CRA’s core focus on providing credit in underserved communities in an assessment area,” she said. In contrast, she continued, an approach that combines both retail and community development evaluations risks incenting banks to “meet expectations primarily through a few large community development loans or investments rather than meeting local needs.”

Governor Brainard also raised important safety and soundness concerns over a ratio-driven approach. “A uniform ratio that does not adjust with the local business cycle could provide too little incentive to make good loans during an expansion and incentives to make unsound loans during a downturn, which could be inconsistent with the safe and sound practices mandated by the CRA statute,” she said. She noted that “industry commenters also expressed concern that discretionary adjustments to the uniform metric are likely to lag behind the economic cycle and undermine the certainty a metric purports to provide.”

To mitigate this risk, the OCC approach dramatically reduces the threshold necessary to meet the test. FDIC Board member Martin Gruenberg stressed this in his opposition to the FDIC joining the OCC in the NPR, noting that a bank could gain an outstanding or satisfactory rating by serving little more than half of its assessment areas at that level. Further, the data necessary to calculate the ratios has limitations, as the NPR itself acknowledges. Gruenberg has expressed concern that approving an approach that is dependent on future improvements in data collection and analysis is irresponsible. Like Governor Brainard, he has also expressed concern that banks would be incented to “focus their stronger community reinvestment-qualifying efforts on as few as half of their assessment areas while minimizing their efforts elsewhere.”

We hope that you will join us in the important initiative and write your own comment letter as well. These comment letters will be part of the permanent record on CRA policy and will inform ongoing efforts to responsibly modernize CRA. You can submit a comment letter at this link.