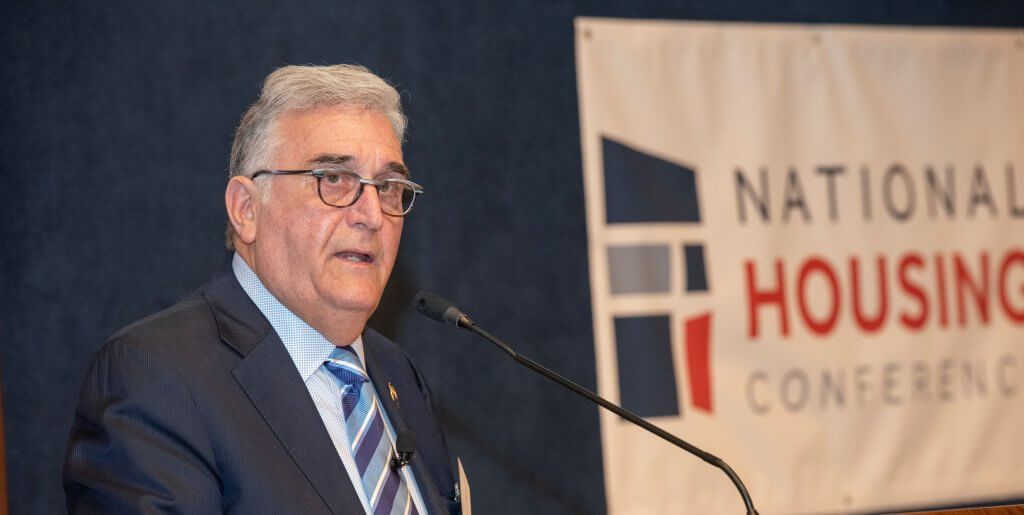 After 46 years in the housing policy arena, it is time to exit my “professional” housing policy career, effective Dec. 31, 2020. I will channel my energies earned from 18+ years at the National Association of REALTORS® (NAR) and 32+ years of federal service, including 10 years at the Department of Housing and Urban Development (HUD) and 18 years at the House of Representatives Banking Committee (now Financial Services), into unfinished policy issues such as mortgage finance reform and narrowing the homeownership gap among diverse households, especially African Americans.

I was born in 1949, the same year as the Housing and Community Development Act, which contains a “Declaration of Housing Policy” that promises “a decent home and suitable living environment for every American family,” as soon as possible. So, housing is in my DNA!

My first job was running an elevator in the U.S. Senate while attending graduate school for public administration at American University. Witnessing political strategizing while studying policy was my first glimpse into policymaking that laid the foundation for my housing career. I then started at HUD as an Urban Intern when the Housing and Community Development Act of 1974 was signed. This landmark legislation created the Section 8 New Construction Program and revised the Section 202 Program for Housing for the Elderly. My years at HUD were an incredible learning curve that began with working on the Section 8 Existing Housing Allowance Program. From there, I developed regulations for the Section 8 New Construction Program and created the training program for HUD field staff on the Section 202 Program for Housing for the Elderly that would drive significant housing production across the country. By 1983, I was recommended by HUD legislative affairs officials to join the House Banking Committee Republican staff who were looking for someone with detailed knowledge of HUD housing programs. That was me!

My 18-year tenure on the House Banking Committee/Subcommittee on Housing and Community Opportunity was the most rewarding from a housing policy perspective. I worked nine years in the majority of the House and nine years in the minority, which were even more eye opening in terms of how to best effectuate change. During my time with the committee, I intimately worked on a number of meaningful housing policy laws that continue to impact consumers and the industry today, including:

• 1983 – Housing and Urban-Rural Recovery Act – Repealed most of the Section 8 project-based program and championed the tenant-based Voucher Program; transferred the National Flood Insurance Program to the Federal Emergency Management Agency; and, created the Assistant Secretary for Public and Indian Housing.

• 1989 – Financial Institutions Reform Recovery and Enforcement Act – Created the Federal Housing Finance Board; enhanced the Office of Thrift Supervision, including creation of the Resolution Trust Corporation; placed the FHLMC (Freddie Mac) under HUD supervision with its own board and affordable housing goals; and established the Appraisal Subcommittee within the Examination Council.

My years at HUD, on Capitol Hill, and with NAR evolved my government affairs philosophy, which is to connect the dots, be transparent, and bring folks to the middle. Now more than ever in this environment with COVID and racial injustice, adhering to this philosophy is necessary to promote and protect housing for all Americans.

As a long-standing Board Member of the National Housing Conference (NHC), addressing these complicated issues is where NHC thrives and holds its value proposition: bringing all sides to the table and openly discussing issues to find middle ground and enact change. I look forward to the continued success of this organization.

As I ready my departure from NAR, I look forward to assisting NAR Chief Advocacy Officer Shannon McGahn, on mortgage finance reform, closing the racial homeownership gap, and permanently fixing the federal flood insurance program. Much work remains to be done in the housing policy arena and I continue to be committed to helping achieve those goals however possible, for as long as I’m able. Even if it means running an elevator again, maybe in the White House next!