As the country celebrates Labor Day, it’s a time for people in the housing industry to celebrate the role of the American Labor Movement in championing affordable housing and home building. Labor unions became the nonprofit co-sponsors of hundreds of affordable housing developments across the country beginning in the 1920s and were charter members of the National Housing Conference when it was created in 1931. NHC is pleased to reprint an article written for us by labor icon Walter Reuther in our 1954 Annual Housing Yearbook. His message calling for construction of 2 million homes each year to fight a housing affordability crisis resonates as loudly today as it did then – when the U.S. population was a little over 150 million, less than half of what it is today. His prescient views are reprinted below. ––Ted Chandler, AFL-CIO Housing Investment Trust

If America is to catch up with its tremendous back log of needed homes and keep pace with the rising demand, we must build about two million new housing units each year. The administrator of the Housing and Home Finance Agency has stated, however, that only about one million homes will be built in 1954. This would be 10 percent below the level of 1953 and 40 percent below our achievement in 1950.

The fact that we are currently building only half the homes this nation needs means that only higher income families are being satisfied as to their housing requirements. We are failing to develop a program to satisfy the housing needs of the majority of our families. With some exceptions, particularly for veterans, the housing policies of the federal government still do not permit millions of low and moderate income families, whose need for housing is the greatest, to buy or rent decent homes at a cost that is reasonably related to their ability to pay. This unserved potential market, of course, is made up primarily of working people and their families.

If we are to move forward in the effort to end slums and substandard housing conditions in the United States, there are several courses we must follow:

We must act promptly along all of these lines if Americans are to be decently housed. The alternative is to slide backward still further, adding each year to the already mountainous backlog of need. While we still hope the day will come when private builders will bring housing costs within the reach of the average wage earner, and the mortgage bankers will make loans available in the large quantities and at the liberal terms which our members require, we cannot wait for vague hopes to materialize. To meet the housing needs of today, we must have bold leadership, now. 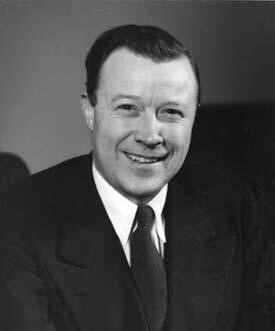 Walter Reuther (1907-1970) was one of the most important and impactful labor leaders in American history. He led the United Auto Workers (UAW) and the Congress of Industrial Organizations (CIO) and was a close confidant of Presidents Franklin Roosevelt, Harry Truman, John F. Kennedy and Lyndon Johnson. When Dr. Martin Luther King was jailed in Birmingham, Alabama in 1963, it was Walter Reuther who, having read King’s Letter from Birmingham City Jail, raised $160,000 for the bail needed to release all the imprisoned protesters. He was a central player in the passage of the Civil Rights Act of 1964, the Voting Rights Act of 1965, Medicare and Medicaid, and the Fair Housing Act.

Ted Chandler is a former NHC Board Chair and ex-officio member of NHC’s Board of Governors, and managing director of regional operations for the AFL-CIO Housing Investment Trust, a $6.4 billion fund that invests union pension fund capital in the construction of rental housing built with 100% union labor.